On March 1, delivery of materials will begin for the construction of a natural gas pipeline to supply a planned TVA natural gas plant in south Memphis.

Traffic will likely be impacted in both directions on Airways Boulevard, south of East Shelby Drive, through most of March.

The 24-inch pipeline, which will be 12.6 miles long, will be delivered by truck in 50-foot sections throughout the month of March, Monday – Friday between the hours of 7 a.m. and 6 p.m. During the final two weeks of March, traffic could be affected along Paul R Lowry Road between I-55 and Riverport Road.

Construction of the pipeline is scheduled to begin in early April and continue through October. Customers can expect to see heavy construction equipment along the route of the pipeline. Extended work hours including weekends will be likely throughout the project. Notices of expected traffic impacts in construction areas will be made public when available.

Once the pipeline is installed, affected areas will be restored to their original condition, including the replacement of surrounding vegetation.

The pipeline being built by MLGW is part of a TVA project to replace the coal-burning Allen Fossil Plant with a natural gas energy plant. The new plant will be located across Plant Road from the existing facility.

According to TVA, the conversion will reduce carbon emissions by 60 percent, nitrogen oxides by 90 percent and sulfur dioxide by nearly 100 percent. TVA has announced plans to begin using natural gas at the plant by June 2018. 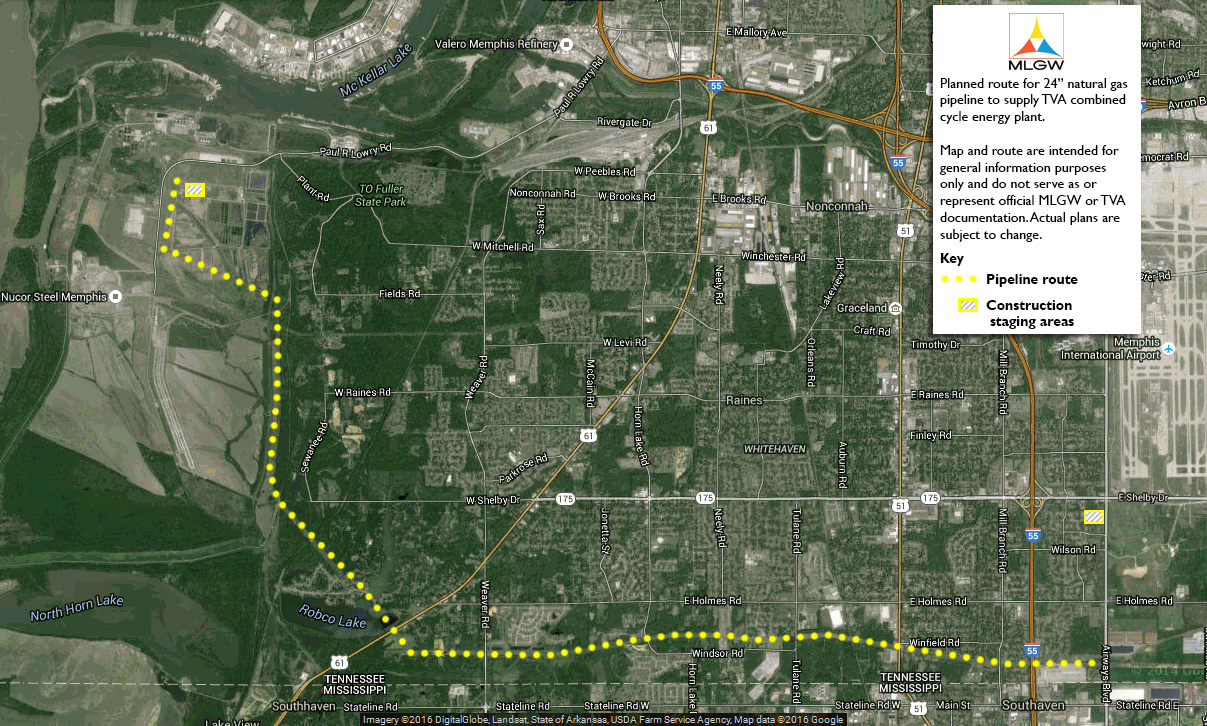